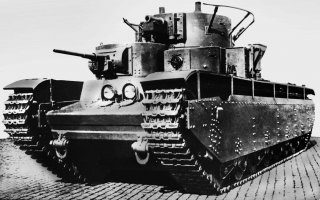 Here's What You Need to Remember: The multi-turret land battleship proved to be a blind alley in tank development—there was nothing one oversized and over-gunned tank could do that several, much cheaper armored vehicles couldn’t do better. Still, the T-35 amounted to an impressive icon of Soviet might—just not a successful war machine.