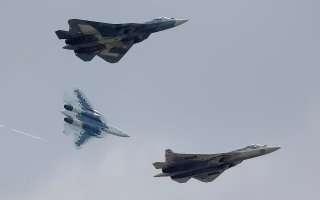 Connor Dalton, a self-described aviation “researcher,” pointed out the Su-57’s DIRCM in a post on Quora, the popular question-and-answer website, earlier in the year.