Russia ‘Improved’ the AK-47 By Making it Shoot... Grenades? 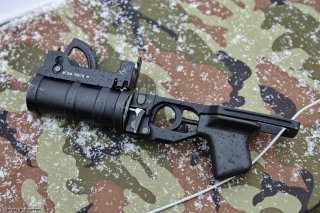 Here's What You Need To Know: In Russian service, the GP-25 has been attached to the AKM, AK-74, and AK-74M and continues to be the most common grenade launcher in use today.