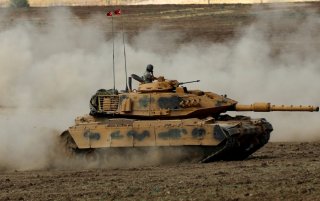 Here's What You Need To Remember: Zaslon is one of the more “crude” hard-kill active protection systems on the market, relying on multiple explosive “tubes” that are normally retracted into the side of a vehicle on which it is being installed. When in a high threat area, the tube is extended, and a radar in the tube is activated, searching for a target.