Russia, China, or America? Who Has the World’s Best Tanks? 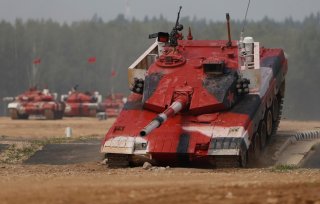 Here's What You Need to Remember: Despite its hordes of Type 59s, China is capable of designing and fielding a first-class main battle tank. This fits in well with President Xi Jinping’s recent push to downsize in quantity, and improve in quality, its armed forces.

Lastly, one should consider the scenario of a potential civil war or government collapse in North Korea. What Beijing’s policy would actually be in such an event is the trillion-dollar question, but one scenario would involve Chinese ground forces intervening to restore order in North Korea—leading to potential clashes with Korean troops.