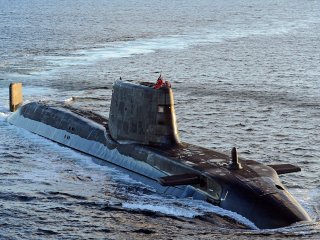 Here's What You Need to Remember: Along with the two Queen Elizabeth–class aircraft carriers, the Astutes represent the core of the Royal Navy’s offensive capabilities. With the emergence of new tensions between NATO and Russia, they have regained the old antisubmarine mission, especially as Russian maritime interest has focused on rebuilding and recapitalizing the submarine fleet.

Robert Farley is a senior lecturer at the Patterson School of Diplomacy and International Commerce. His work includes military doctrine, national security, and maritime affairs. He blogs at Lawyers, Guns and Money and Information Dissemination and The Diplomat. Follow him on Twitter:@drfarls. This article is being republished due to reader interest.