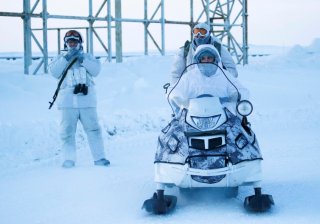 Here's What You Need To Remember: For Russia, proliferating a proprietary satellite navigation technology is yet another way to secure a competitive edge in an Arctic region that is becoming increasingly militarized. Conversely, it is not unreasonable to conclude that Russia would want to signal its capacity to undermine GPS in what it deems to be its sphere of interest.

Mark Episkopos is a frequent contributor to The National Interest and serves as a research assistant at the Center for the National Interest. Mark is also a Ph.D. student in History at American University. This first appeared two years ago.