Russia May Not Have Enough Planes for Its Paratroopers 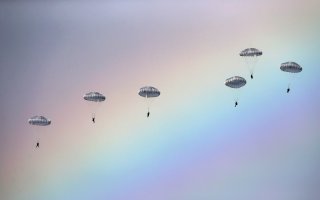 Here's What You Need to Know: You can't jump out of a plane if it doesn't exist.