Is Russia Planning to Send its T-14 Armata Tank into Space? 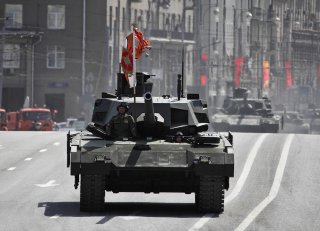 Here's What You Need to Remember: Yet a Russian breakthrough in cold-starting tanks would not be particularly surprising. If any nation knows about operating tanks in freezing weather, it’s Russia. The Nazis were amazed at the Russian knack for keeping their vehicles running in the most brutal blizzards.