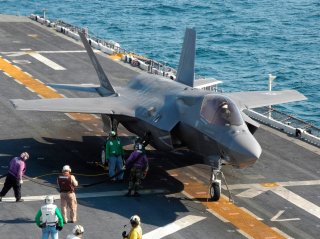 Key point: Moscow's planes may not be as good, but they also don't have as many technical problems. If it was a pure numbers game as in World War II, Washington might be concerned.

Surprise! America's F-35 stealth fighter is too complicated and expensive, claims a Russian military expert interviewed by Russian media back in 2018.