Russia Is Sending its MiG-29Ks Fighters North to the Arctic 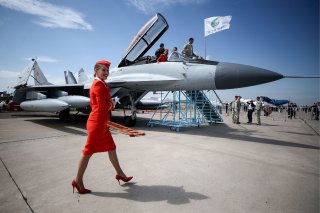 Here's What You Need to Remember: Now for the first time, MiG-29Ks are being deployed to the arctic region.