Russia is Stepping Up Its Missile Defense Capabilities 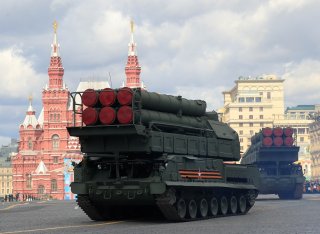 Here's What You Need to Remember: During the 1960s, the United States developed the Sprint, a slim, conical missile interceptor that accelerated to Mach 10 and 100 G in five seconds. Popped out of the silo by compressed air, the Sprint would destroy incoming ICBM warheads inside the atmosphere by detonating its own neutron-bomb warhead between 5,000 and 100,000 feet.

Back in 2019, Russia tested a new anti-missile interceptor.