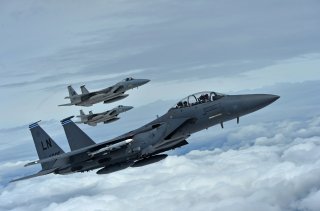 Here's What You Need to Remember: A Russian-made S-400 air-defense system could detect an F-35 at 20 miles, Air Force estimated. It could pick up an F-15EX 200 miles away.

Air Force magazine has published an infographic comparing the F-15EX and the F-35.

David Axe was Defense Editor of the National Interest. He is the author of the graphic novels  War Fix, War Is Boring and Machete Squad. (This first appeared in April 2019.)