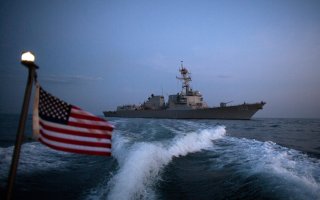 Here's What You Need To Remember: Today, the U.S. Navy argues that it lacks enough ships to perform its missions, such as preparing for war with China or Russia. Its admirals worry about new threats such as hypersonic Russian and Chinese anti-ship missiles. But to Russia, whose navy can only envy America’s fleet of eleven giant aircraft carriers, the enemy must seem powerful and well-funded indeed.