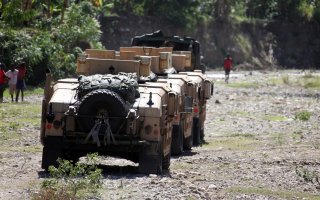 Here's What You Need to Know: Russia considered the Humvees “war trophies” and “thus has no obligation to give them back.”