The Russian Military Wishes It Had These 5 U.S. Weapons 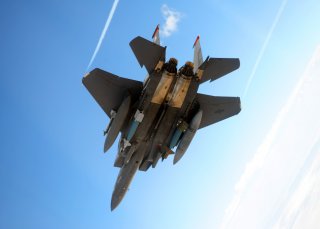 Here's What You Need to Remember: The Russian military still lacks the intelligence, communications, and coordination capabilities that characterize the American way of fighting war. While Russian forces have fought effectively in Georgia, Ukraine and Syria, additional drones, lightweight communications equipment, satellite guidance, and high-speed computers could make the military far more capable.