The Russian Naval Superiority That Could've Been 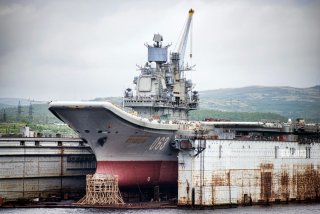 Here's What You Need To Remember: The mid-1980s were a period of major expansion for the Soviet Navy, including aircraft carriers.

The Soviet Union was one of the largest, most industrial proficient countries the world has ever seen. Yet for all of its engineering talent and manufacturing capacity, during the seventy-four years the USSR existed it never fielded a true real aircraft carrier. The country had several plans to build them, however, and was working on a true carrier, the Ulyanovsk, at the end of the Cold War.

This article first appeared three years ago and is being republished due to reader interest.