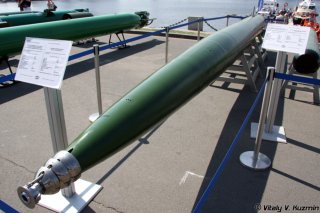 Here's What You Need to Remember: In 2004, German defense contractor Diehl-BGT announced the Barracuda, a technology demonstrator torpedo meant to travel up to 194 knots. Barracuda was meant to be launched from submarines and surface vessels, and test models could travel straight and curved paths. However, the program apparently never translated into a marketable weapon.

Considering the warhead would have been nuclear, that would probably have been good enough to destroy the target. It’s clear the Soviet Union believed there were times when torpedo speed was more important than maneuverability.