Russia's Airborne Fighting Forced is Rivaled Only By the U.S. (Barely) 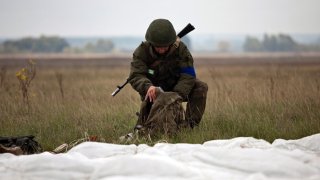 Here's What You Need to Remember: Moscow has air-borne units and enough transport planes to get its army around Eurasia quickly.