Russia's Stealth Fighters Are Impressive, But America's Remain On Top 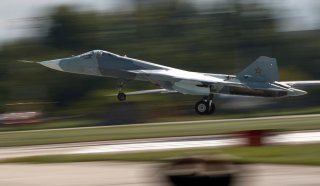 Here's What You Need To Remember: The biggest question associated with the PAK FA remains this; can Russia’s aviation industry produce a sufficient number of fighters of sufficient reliability to have a significant strategic impact? The answer remains very much in doubt, but depends to great extent on whether the Russian economy recovers, and the Russian Air Force submits sufficient domestic orders to make producing the fighter a worthwhile risk.