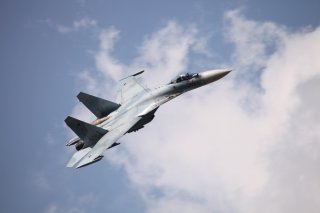 Here's What You Need To Remember: The Su-27 was the last of the major fourth-generation fighters to enter service, and has proven an exceedingly successful design. Big enough and powerful enough to sustain a number of modifications and improvements, the Flanker should continue to see service (and even production) for quite some time.