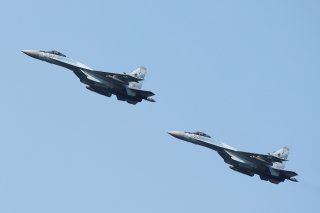 Here's What You Need to Know: The reason why the F-22 doesn’t have an IRST dates from the avionics cost cap imposed in 1989. The U.S. Air Force didn’t prescribe which systems were to be dropped in order to meet the cap.

This article was first published at War Is Boring and is being republished due to reader interest.