Russia's "Super Gun" Artillery: A Weapon to Be Feared 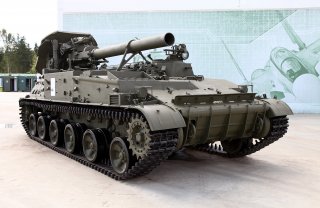 Here's What You Need To Remember: The 2S4 has no equivalent in Western militaries. This is because its main task—destroying immobile, fortified strongpoints with its powerful shells—is typically performed by airstrikes using precision-guided munitions such as JDAMs.