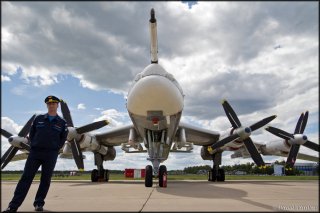 Here's What You Need to Remember: What’s interesting about the Tu-95MSM modernization is that it represents a slow downsizing of the Russian strategic bomber fleet. Both the BAS and popular Russian sources have suggested that the MSM upgrade will not be applied to the entire current Tu-95MS fleet.