The Russo-Japanese War Left a Lasting Mark on History 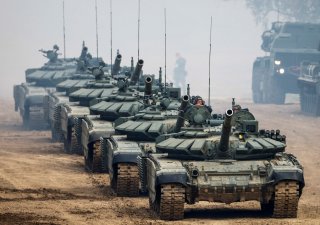 Here’s What You Need to Remember: World War I and World War II so transformed the maps of both Europe and Asia that discerning the influence of antecedent conflicts like the Russo-Japanese War can be hard.

Still, the Russo-Japanese War may indeed have been a “regional” conflict, but Northeast Asia is a remarkably important region, home to three of the largest economies of the 21st century. The war set the terms upon which Russia, China, Korea, and Japan would contest control of the region over the course of the 20th century. The conflict also had important legacies for the conduct of war. The power of conscript and rapid-fire weapons would prefigure the experience of 20th-century land combat while fighting between “castles of steel,” which would lend key lessons for naval planners in both World Wars.

Nevertheless, Togo forced battle on the exhausted Russian fleet, and used two major advantages to great effect.  The speed and coherence of the Japanese line allowed it to conduct what has become known as the “Togo Turn,” a maneuver that crossed the Russian “T” and effectively allowed the Japanese to double up on the lead Russian warships. The most powerful Russian battleships were destroyed in echelon, while the Japanese tracked down most of the escapees the next day.

The Battle of Yalu River, the Siege of Port Arthur, and the Battle of Sendepu differ from 20th-century land combat only in emphasis.  Both Japanese and Russian forces suffered enormous casualties in efforts to take prepared defenses.  The Battle of Mukden, fought in March 1905, produced a total of nearly 150,000 casualties.

World War I and World War II so transformed the maps of both Europe and Asia that discerning the influence of antecedent conflicts like the Russo-Japanese War can be hard.  Still, the setback that the Japanese dealt to the Russians in 1904-05 helped shape the contours of Asian politics for a century.  Surprisingly, given the relative backwardness of the Russian and Japanese economies in 1905, it also served as the world’s first taste of modern, industrial warfare.