Is the S-400 a Premier A2/AD System? Sweden Isn't Convinced 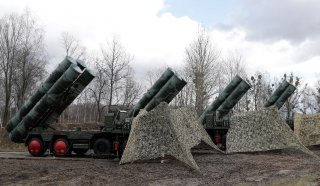 Here's What You Need to Remember: In order for the S-400 to have a 400 km range against large aircraft, it must be able to see over the “radar horizon” presented by the curvature of the Earth.