S-400 vs. Patriot: Who Has the World’s Best Air Defense System? 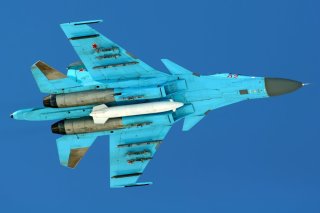 With plans now underway to equip Ukraine’s armed forces with America’s Patriot Air Defense System, the internet is aflutter with debate about just how effective it really is, and whether or not it stacks up against its Russian competition.

The MIM-104 Patriot Air Defense System first entered service in the early 1980s as a replacement for both Nike Hercules high-to-medium air defense and MIM-23 Hawk medium tactical air defense systems. Today, the Patriot is operated by 18 nations, with the United States operating the largest fleet of systems, with 16 Patriot battalions operating upwards of 50 Patriot batteries that have more than 1,200 interceptors in the field.

In comment sections and forums around the world, you’ll find no shortage of self-appointed air warfare experts citing seemingly imagined statistics about American, Russian, and other air defense platforms to justify their hyperbole… But the complicated truth about air defenses at large comes in the form of two equally hard-to-swallow pills for those waging war in the comment section:

1. Publicly-released details about most air defense systems tend to be as rare as they are dated.

2. Air defenses at large are simply not as effective as they’re often perceived to be.

However, with those two points in mind, the evidence seems clear that the MIM-104 Patriot is among and potentially even the most effective air defense system in the world. But if that’s the case, why is it so often dismissed, while Russia’s S-400 is so frequently touted as practically invincible?

The truth is, understanding how perceptions of the Patriot system relate to the platform’s actual performance requires a pretty thorough understanding of not only the complexity of the air defense enterprise… but also the marketing tactics leveraged by nations fielding different systems.

Related: It’s a myth that hypersonic missiles can’t be stopped because of their speed

On January 18, 1991, a CNN crew recorded from Saudi Arabia as an American Patriot system was used for the first time to engage a reported incoming Scud missile. The SS-1 Scud was a post-World War II tactical ballistic missile developed by the Soviet Union and based on Germany’s V-2. Iraq operated a modified iteration of the upgraded Scud-B during the Gulf War.

“There’s a streak of light,” Charles Jaco, of CNN, said describing the intercept, “The [Patriot] missile goes North, cants slightly to the East, goes North again, disappears into the clouds, and then there’s an illuminating flash…”

It wasn’t until later that the Department of Defense would admit that the internationally lauded Patriot intercept caught on camera hadn’t actually occurred at all. Iraq had never fired a Scud missile into Saudi Arabia that day, and instead, the Patriot system had fallen prey to a false alarm and gone after it. Because of the cloud cover obscuring everyone’s view, the assumption when no Scud found a target was that “the Patriot did its job perfectly” — which is a direct quote from ABC News correspondent Forrest Sawyer at the time.

While this may have been nothing more than an honest mistake, analysts would continue to question the claimed efficacy of the Patriot system throughout and well beyond the conflict. The Patriot did eventually become the first system to ever intercept an inbound ballistic missile, but as the war went on, the Army claimed the Patriot had an 80% success rate in Saudi Arabia and 50% in Israel. Not long after, the Army reduced those figures to 70% and 40%, but many within the United States still weren’t buying it.

After a 10-month investigation by the House Government Operations Subcommittee on Legislation and National Security also seemingly questioned the Army’s claims in 1992, the General Accounting Office also started looking into the Patriot’s efficacy. Before long, these investigations prompted a flood of negative press coverage, and as a result, the Patriot system soon became known as an ineffective system.

Related: A Patriot missile battery from the US could create new headaches for Russia in Ukraine

Did the Patriot system really only intercept 9% of Scuds during the Gulf War?

These investigations and the media’s depiction of their findings continue to define the Patriot system in the minds of many to this day, but like stories we’ve covered in the past about the F-35 or F-22 failing to live up to expectations, it’s important that we recognize the media value a story about touted American systems failing has in terms of viewers, readers, and clicks.

Painting a dire picture of the Patriot’s performance in Iraq is sure to drive much more engagement than one about the system’s mediocre performance. But, it’s also important to sift through the context-less hyperbole to acknowledge the very real limitations the Patriot system demonstrated throughout this conflict.

The House Government Operations Subcommittee report on the Patriot’s performance during the Gulf War ultimately concluded that evidence of successful intercepts of inbound Scud missiles was rather limited, though that report itself was subject to a great deal of internal debate resulting in only a draft written by one staffer finding its way to the media and no formal report ever manifesting.

But it was the GAO investigation that gave the Patriot’s critics their most damning talking point.

According to their findings, only about 9 percent of Scud intercepts by the Patriot system during the conflict “are supported by the strongest evidence that an engagement resulted in a warhead kill.”

This 9 percent figure seems really bad — even worse when compared to the Defense Department’s claims of 70% and 40% success rates in Saudi Arabia and Israel respectively. Raytheon, however, had a valid rebuttal that tends to be glossed over by critics of the system.

“The General Accounting Office (GAO) report did not state that Patriot had only a 9% success rate and did not dispute the U.S. Army’s overall 60% success rate,” Raytheon clarified. “The GAO report never voiced any disagreement with the Army’s overall assessment that Patriot was successful in over 70 percent of the SCUD engagements in Saudi Arabia and over 40 percent in Israel. In its assessment of Patriot performance, the Army analysis subdivided Patriot intercept successes into ‘warhead kills’ and ‘mission kills.’ It then further subdivided each of these categories into ‘confidence levels’ based upon how much supporting data was available.”

Put simply, within the GAO’s investigation, they sorted intercepts into multiple categories, with the “highest confidence” category reserved for “the strongest evidence that an engagement resulted in a warhead kill” — requiring either the recovery of Scud debris showing clear Patriot damage or a saved radar record that clearly showed Scud debris on radar following an intercept. Amid the fog of war, this sort of evidence is obviously difficult to come by, which is why the GAO didn’t claim only 9% of intercepts were successful, but rather that they were able to secure this sort of conclusive data from only 9% of attempts.

Related: How one F-16 dodged 6 surface-to-air missiles in an airstrike gone wrong

The truth about the Patriot system in Iraq is simple: A crappy beginning followed by a triumphant return

Of course, if we’re willing to acknowledge the media’s preference for an exciting (if damning) story, we certainly need to consider Raytheon’s obvious bias when defending a multi-billion dollar system of their own creation. And while their rebuttal did poke holes in the media narrative surrounding the Patriot’s failure, it still painted a rosier picture of the system’s performance than was probably warranted.

To that end, we reached out to a popular TikTok content creator and U.S. Patriot Fire Control Enhanced Operator-Maintainer, who asked to simply be identified as Sergeant First Class (SFC) Long. Long is an active-duty subject matter expert tasked with the placement, operation, and maintenance of the Patriot Fire Control system.

“In the first Gulf War Patriot was right around 25%. It was doing something it wasn’t necessarily designed for. It was actually built for planes but they decided to throw it at missiles and it sometimes hit. Since then, we have vastly improved the system — like hundreds of upgrades.”

Long’s claim of a 25% success rate is in keeping with the Government Accounting Office’s own conclusions about the Gulf War. And his assertions about the system’s progress since are also substantiated in the data. While the Patriot system did struggle against Iraq’s “Al Hussein” model Scud-Bs during the Gulf War, things were quite different when the Patriot returned to Iraq a bit more than a decade later.

“In contrast with the experience of Desert Storm, Patriot interceptors defeated every ballistic missile they engaged during the 2003 Operation Iraqi Freedom. Since 2015, Patriot has successfully engaged scores of missiles and drones in the Yemen Missile War. Israel has likewise used it on a number of occasions to defeat drones, aircraft, and other threats.”

“Patriot to Ukraine: What Does It Mean?” by Mark Cancian and Tom Karako for the Center for Stratgic & International Studies, Dec. 16, 2022