Say America Lost Aircraft Carriers at Pearl Harbor. Then What? 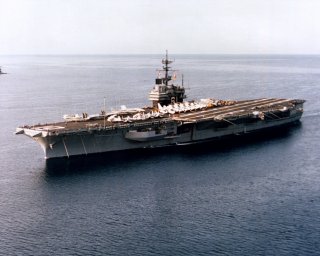 Here's What You Need to Remember: The United States might have been somewhat less likely to accept a “Germany First” strategy, but even then the major offensives of the second half of the war required ships that the United States wouldn’t commission until 1943 and later.

Robert Farley, a frequent contributor to the National Interest, is the author of The Battleship Book. He serves as a senior lecturer at the Patterson School of Diplomacy and International Commerce at the University of Kentucky. His work includes military doctrine, national security and maritime affairs. He blogs at Lawyers, Guns and Money, Information Dissemination and the Diplomat. This first appeared in 2019 and is being reprinted for readers.