Say Shalom to the 5 Deadliest Guns from Israel 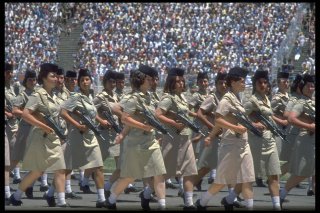 Here's What You Need to Remember: Israel’s second-generation indigenous assault weapon and current IDF issue, the Tavor is in some ways a clean design break from the AK and M16-pattern rifles.

Much of Israel’s history has, for better or worse, been written with guns.

From the 1948 War of Independence to today, Israeli forces have used firearms to defend the state or its interests on almost yearly basis. Images of Israeli forces rushing the West Bank in 1967 or escorting rescued hostages from Entebbe are synonymous with the Jewish State, and some of Israel’s weapons have become quite famous in their own right. Here are five of Israel’s deadliest, and most famous firearms.