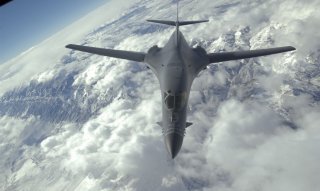 Here’s What You Need to Remember: The B-1B was intended to deliver nuclear weapons to the Soviet Union. Fortunately, it never undertook that mission; instead, it ended up hunting insurgents in Afghanistan and firing cruise missiles at nearly abandoned Syrian air bases.