Scammers are Trying Everything to Steal Your Social Security Benefits 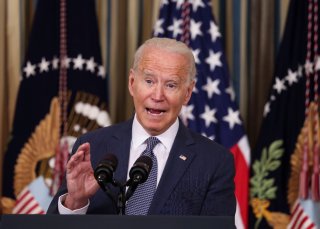 Here's What You Need to Remember: The Social Security Administration had declared March 4 of this year as “Slam the Scam Day.” which was meant to “raise public awareness of government imposter telephone scams, which continue to be widespread across the United States.” SSA said that in 2020, it received “718,000 reports of Social Security-related telephone scams—with a total of $44.8 million reported lost.”

So many millions of Social Security checks are sent out to American taxpayers that scams to steal them are frequently carried out. And of late, there have been numerous stories in the news about individuals getting arrested for such scams.

Social Security has done a lot of good since its inception in the 1930s, including dramatically reducing poverty among the elderly over the course of the elderly. But very often, Social Security provides a benefit that others try to take away.

The Scams That Hit Those Who Can Least Afford It

The Department of Justice reported in mid-June that a Maine woman had pled guilty to Social Security fraud. This was after prosecutors determined that the woman “concealed the presence of her husband in her household to maintain her eligibility to receive benefit payments,” over the course of a nine-year period. The woman had falsely given the Social Security Administration the impression that she was living alone. She faces up to five years in prison.

Back in January, a man in the Chicago area pled guilty to taking part in a telemarketing scheme that involved falsely claiming to work for the Social Security Administration. The guilty plea was to a count of money laundering.

The defendant, per the Department of Justice, “admitted in a plea agreement that he used a phony Indian passport, false name, and false address to open multiple bank accounts in the United States to receive money from victims of the telemarketing scheme.  The scheme involved phone calls from people falsely claiming to be associated with, among other agencies, the Social Security Administration and U.S. Department of Justice, stating that a victim’s identity had been stolen and that it was necessary to transfer money to various bank accounts.”

This month, the CBS station in Baltimore reported about a different type of Social Security scam. A Maryland woman was arrested and brought up on federal charges of wire fraud, social security fraud, identity theft and tax evasion. Prosecutors say she stole more than $700,000 while working as an office administrator for a trade association, while also collecting Social Security Disability insurance despite being employed at the time. She faces a maximum of 20 years in federal prison, and five years for Social Security fraud.

Meanwhile, per Southwest Arkansas Today, the state attorney general of Arkansas is warning that Social Security will not ever call people directly, as a recent scam consists of people claiming to represent the SSA.

“I have heard from Arkansans across the state who tell me the same heart-breaking story of losing their life savings after sharing their personal information,” said Attorney General Leslie Rutledge said, per the site. “Con artists will do anything to steal someone else’s hard-earned money.”

Some Light At the End of the Tunnel

A Washington Post columnist this week shared a story about her sister, and how she “saved” her from a Social Security scam. This one entailed someone calling the sister and claiming she would be arrested at work. The Post actually posted audio of the call, in which the scammer threatened the sister with arrest as the author, on the other line, told her not to go along with it.

How You Can Protect Yourself

The Better Business Bureau recently put out a list of things that the SSA will never do, including “Text or email images of an employee’s official government identification; suspend your Social Security number; threaten you with arrest or other legal action unless you immediately pay a fine or fee; require payment by retail gift card, wire transfer, internet currency or mailing cash; promise a benefit increase or other assistance in exchange for payment; or send official letters or reports containing your personal information via email.”

The Social Security Administration had declared March 4 of this year as “Slam the Scam Day.” which was meant to “raise public awareness of government imposter telephone scams, which continue to be widespread across the United States.” SSA said that in 2020, it received “718,000 reports of Social Security-related telephone scams—with a total of $44.8 million reported lost.”

“In a Social Security-related phone scam, a caller claims to be a government employee. The caller may ask for personal information, demand payment, or make threats. These scams primarily use the telephone, but a small number of scams are reported to have been communicated via email, text, or U.S. mail,” a recent Office of the Inspector General report from the SSA said.