School of Hard Knocks: How America Learned How to Hunt Submarines in World War I 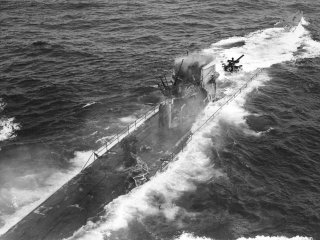 Here's What You Need To Remember: The convoy system proved a dramatic success, cutting shipping losses to less than half their peak. U-Boats simply lacked unprotected targets and were more likely to be lost combating escorts.

Despite its unglamorous duties, the U.S. Navy learned valuable lessons in the Great War about employing convoys, smaller submarine-hunters, and maritime patrol planes that would save many lives in the even more destructive conflict that followed two decades later.

This first appeared in December 2018 and is being republished due to reader interest.