A Second Korean War: One Wargame Showed Us What Hell Looks Like 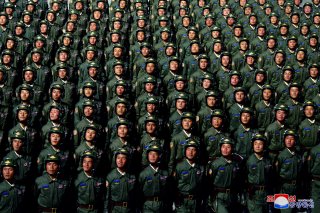 Here's What You Need To Remember: The small distances involved in any future Korean conflict, and the vast stockpiles of weaponry on both sides, put millions of lives at risk.

This article first appeared in 2013.