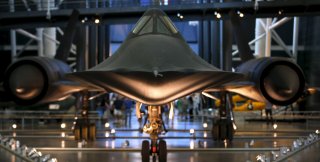 Here's What You Need to Remember: The government surrounded the Blackbird with so much silence because it was an experimental plane and the first stealth aircraft, owing to its radar-reflective design.