Securing Disability Benefits Is Hard, but This Is the Best Path to Success 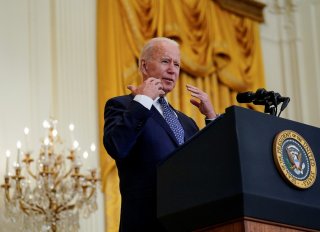 Here's What You Need to Remember: The SSA reportedly turns down roughly two-thirds of all applications right away. However, of cases that reach the appeal state, reportedly around fifty percent of applications are approved—a noticeable difference.

The Social Security Administration (SSA) is responsible for distributing Social Security payments to millions of elderly Americans. However, the agency also administers payment programs for disabled Americans, including many elderly people but without the same hard age limits.

Filing for disability can be a byzantine process, and the agency will often reject people who believe they are qualified for the aid. If one is rejected, he or she has two options: start over and file another claim altogether, or try to appeal the SSA’s initial decision within sixty days.

There is no limit to how many applications can be filed for the Social Security Administration’s two supplemental disability programs: Social Security Disability Insurance (SSDI) and Supplemental Security Income (SSI). However, some disability lawyers have recommended appealing rather than starting fresh—particularly if the new application involves the same disability claim that the rejected one did. Of course, every situation is different, and various disability claims are denied for various reasons, making the establishment of a hard and fast rule difficult.

When filing, it is important to remember a “protective filing date”—meaning the day a person informs the SSA that he or she intends to apply for disability benefits. If the case is won, the winner can begin to receive backdated disability payment, going back to that date.

One of the disadvantages of filing a new claim is that it pushes this date forward, decreasing the amount of time a person is slated to receive benefits. This is a compelling reason to appeal—and, if the appeal is won, the original date is kept.

Statistics back up the idea that appealed cases are more likely to succeed. The SSA reportedly turns down roughly two-thirds of all applications right away. However, of cases that reach the appeal state, reportedly around fifty percent of applications are approved—a noticeable difference.

Finally, if a person’s condition remains the same as when they initially applied, they will probably not succeed in getting benefits if they failed earlier—unless they can show, for instance, that the medical issue was more severe than earlier reported.