See This Missile? Could It Really Sink a U.S. Navy Aircraft Carrier? 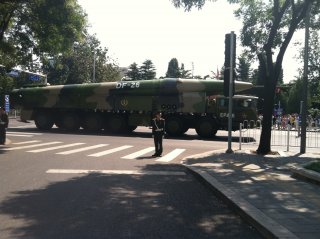 Here's What You Need to Remember: Even if the United States is simply uncertain about whether China can sink its carriers, it may decide not to put them at risk given the lives and material costs involved.

Recently, Chinese state media reported that a new brigade of Beijing’s most advanced intermediate-range ballistic missile (IRBM) has been “activated.”