See This Picture? This Gun Has Some Serious Civil War 'DNA' 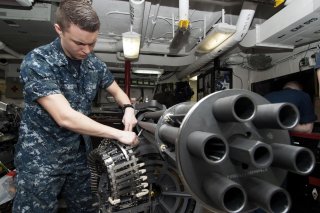 Key Point: The M61 was build after World War II, but its design is simply a modern iteration of the Gatling Gun.