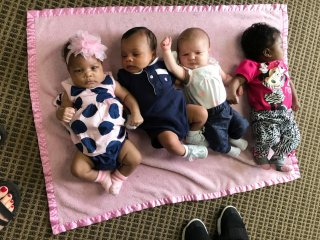 After weeks of failed negotiations between Senate Republicans, House Democrats, and the White House over relief legislation, Senate Republicans released another proposal for continued COVID-19 relief on Tuesday. Among other things, the Republican bill includes $10 billion in funding to help childcare providers reopen and offer essential services to millions of working parents. The key question: Will Democrats stand in the way of young families who need help getting back to work?

But childcare providers face ongoing challenges. Costs have continued to rise as providers struggle to maintain a safe environment for children, and it has become increasingly difficult for providers to pass these additional costs to families, many of whom are facing their own cash crunch. Simply put, childcare providers need more assistance to stay afloat.

Some might believe that childcare services are minimally important to maintaining a healthy economic recovery. But the data suggest otherwise. AEI recently conducted a survey through NORC at the University of Chicago (full results forthcoming) and found that approximately 13 percent of working people ages 18-64 are parents of young children (under age 5) and almost 60 percent of these working parents used childcare prior to the pandemic. In a sign of how much has changed, more than two in five families who used childcare before the pandemic had none by late July.

There could be many reasons for such a steep decline in childcare usage since the pandemic began. Some parents may not want their children cared for outside of the home due to fears about COVID-19. Others may not need childcare because of changing work situations. Even so, childcare availability appears to be a problem still for many families. In our survey, 45 percent of parents with young children who used childcare prior to the pandemic said it was “somewhat difficult” or “very difficult” to meet their childcare needs currently. Unsurprisingly, difficulties were more common among those not currently using childcare and among those who changed providers, as shown in the figure below. This points to continued problems for some families in finding a childcare provider.

The fact of the matter is that many parents need childcare providers to open their doors and serve more children so they can return to work. In reference to the Senate Republican’s proposal, Senate Majority Leader Mitch McConnell (R-KY) said:

“It does not contain every idea our party likes. I am confident Democrats will feel the same. Yet Republicans believe the many serious differences between our two parties should not stand in the way of agreeing where we can agree and making law that helps our nation.”

The childcare difficulties of working parents with young children is one area where both parties can agree. Without childcare, these parents will find it difficult to remain in the labor force. And that spells trouble for the broader economy in the long term.