The Senate's Report On The USPS Slowdown Doesn't Mention Coronavirus 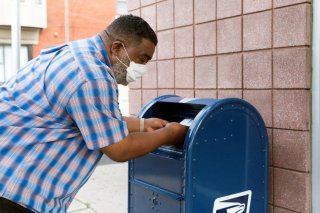 This week, Democrats on the Senate Homeland Security and Governmental Affairs Committee released a report that hammers Postmaster General Louis Dejoy. The title says it all, “Failure to Deliver: Harm Caused by Louis DeJoy’s Changes to Postal Service Mail Delivery.”

For certain, the midsummer decline in on-time mail delivery by the US Postal Service (USPS) is a subject worthy of congressional oversight. Unfortunately, the minority report illuminates very little about what factors caused the decline. Mostly, it is a series of allegations buttressed by anecdotes.

The report’s executive summary gets off to a bad start by declaring:

“Changes under Postmaster General DeJoy’s leadership included the elimination of extra and late mail transportation trips, the reduction of equipment at mail processing plants, the start of a pilot program for mail sorting and delivery policies at hundreds of post offices, and reported reductions of overtime. Within weeks, these changes significantly slowed mail delivery across the entire country.”

Curiously absent from this list — and the report — is much assessment of more and more postal workers being unable to work due to COVID-19. Those numbers shot up threefold in July and throughout August. The Postal Service has been warning for months that COVID-19 would disrupt operations. The report’s focus on DeJoy as the cause by definition rules out any consideration of non-DeJoy factors.

And when the report tries to pin blame on DeJoy, it often whiffs. For example, the report spills much ink on the “reduction of mail processing plants,” but this reeks of a red herring — a many-weeks-old red herring. It is undeniable that the USPS has been reducing its excess mail sorting capacity for many years, a move that both the Government Accountability Office and mailing industry leaders have supported. (Mailers, mind you, succeed only if mail is delivered on time.)

Similarly, the report also beats up on DeJoy for capping the amount of overtime employees work, which it presumes affected delivery speeds. The problem with this theory is that USPS data contradict it. A higher percentage of USPS workers took overtime in July and August than earlier in the year, according to an analysis by Robert Fisher, Director of Strategic Analytics for Pirate Ship, a private-sector vendor that provides shipping software for small businesses. (Fisher, by the way, spent 25 years in management and operations positions at the Postal Service.)

Remarkably, the report takes little stock of an interesting couple of trends. First, late departures by trucks hauling mail between facilities declined significantly, and on-time mail delivery trended upward in late August. The report takes it as a given that there is a zero-sum trade-off: Delay the trucks’ departures, or performance will falter. But that’s not what happened, according to the USPS figures below.

So what should we make of the on-time delivery slide in mid-July?

Quite possibly, the answer may be that the mail delivery delays were mostly due to DeJoy’s decision to require USPS trucks to more consistently leave on time and to leave unsorted mail behind rather than to keep the trucks waiting. And it may also be the case that the much-lamented “DeJoy delay” was a short-term cost that subsequently has begun to straighten itself out as the rest of the USPS’ logistical network responded.

But rather than snap to judgment as the Senate did, we all should recognize that logistics are fantastically complex. Instead, we should keep an eye on USPS’ on-time delivery trends in the next two months and hope the agency’s inspector general issues an analysis of what happened and why. And then Congress and Americans can decide whether DeJoy deserves brickbats or laurels.