Seriously? How an F-22 Raptor Saved a School of Honey Bees 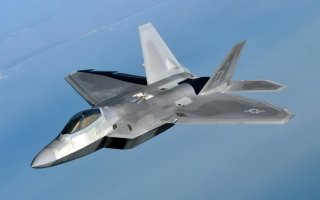 Here's What You Need to Know: Experts speculated that the bees were looking for a new location to build a hive for their queen.