Seventy-Five Years After the Atomic Bombings of Japan, the Threat of Nuclear War Persists 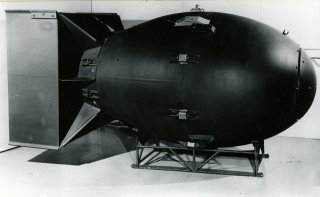 It is important to mark the solemn 75th anniversary of the first and only use of atomic weapons against cities as not only a remembrance of a tragic past event, but as a reminder of an ever-present threat that we have failed to address.

According to the Bulletin of the Atomic Scientists, civilization-ending nuclear war — whether started by design, blunder or miscommunication — is at the highest risk of realization since 1945, as the Doomsday Clock is at 100 seconds to midnight.

As a professor of disaster and emergency management who has spent time at the site of the first atomic blast and subsequently studied civil defence preparedness for survival during nuclear war, the 75th anniversary of the bombing of Hiroshima and Nagasaki comes at an especially depressing time.

At the current moment, we as a civilization are at a low point in our failure to reduce the risk of nuclear weapon attacks. The risks of uninformed decision-making, mishaps or seemingly rational but flawed choices made under pressure can lead nations down a rapid one-way path of nuclear destruction that we can never fully prepare for.

The world forever changed on July 16, 1945, when the first atomic bomb was detonated at the Trinity Test site in the New Mexico desert. The early morning blast was the capstone of an experiment that represented the potential of scientific achievement.

Twenty-one days after the successful test blast, the decisions made to quickly use this new bomb as an unparalleled weapon represented the capability of humankind to inflict suffering onto others. As with many acts of warfare, the use of the bomb was a purposeful creation of a disaster: a weapon of mass destruction.

For 2020, the status of world nuclear forces, provided by the Federation of American Scientists, indicates that nine nations hold 13,410 nuclear warheads, with what is thought to be 1,800 nuclear weapons on high alert for immediate use.

These weapons lurk in the background, and sometimes they make headlines. In 2017, threats of nuclear war were in the news again as tensions mounted when North Korea was developing its own nuclear weapons. The situation was further aggravated when U.S. President Donald Trump’s words threatening nuclear war were shockingly juvenile and frightening in tone.

Protecting the public requires the emergency management and homeland security branches of governments to develop civil defence plans. An example of Cold War-era Canadian civil defence efforts is the late 1960s 11 Steps to Survival guide. Civil defence from nuclear attack is fraught with difficulty, and perhaps among the most complex actions that an emergency manager will ever need to engage in.

If a nuclear attack with a prior warning were to take place, providing pertinent information to the populace about the imminent threat, having shelter-in-place or evacuation options available, having plans appropriately tailored to a given community’s needs and being able to convey the risks without creating unnecessary alarm are all needed civil defence actions.

In 1986, former Federal Emergency Management Agency (FEMA) planning specialist Wayne Blanchard asked: “Civil defence measures can make a difference of tens of millions of lives saved in a nuclear attack. How, then, does one reconcile this with the fact that as of 1984, the U.S. has only a rudimentary civil defence system?”

In the 1950s, the United States Federal Civil Defense Administration produced a public information campaign with atomic bomb survival advice should a weapon of mass destruction attack occur. One of the products was the 1951 film, Duck and Cover, which was designed to teach safety measures to schoolchildren. Public information strategies have come a lot further since then; a recent campaign from Ventura County, Calif., informs residents to “Get inside. Stay inside. Stay tuned.”

While any preparedness is better than none, preparedness plans are futile for those in proximity to an atomic blast. We also know from Hiroshima and Nagasaki about the serious long-term health impacts from radiation exposure.

Managing the countless long-term social and economic consequences would require years of work by our best and brightest, assuming they were not already killed by the initial explosion or its after effects.

Nuclear weapons development has effectively outpaced preparedness efforts. Civil defence actions, while meaningful in their own right, are ultimately of little utility in reducing the risks realized in nuclear explosions. Any reocurring Hiroshima-like atomic bombings elsewhere would be bleak; mass death would prevail.

On this 75th anniversary of the atomic bombing of Hiroshima and Nagasaki, it remains a disappointment that the threat of nuclear weapons remains. Our only way out of this problem is to work towards abolishing them.