Shoot It Down: Here’s How to Kill the North Korean Air Force 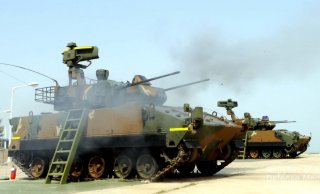 Here's What You Need to Remember: The Biho II has yet to be produced in any form. While such a highly modular system might look good on paper and in presentations to military officials, whether the system actually works has yet to be proven. Putting together various configurations might prove complicated despite the integrated and networked nature of modern electronic systems.

This piece was first published last year and is being republished due to reader interest.