Shootout: Are Semi-Automatics Or Revolvers the Better Gun for Self Defense? 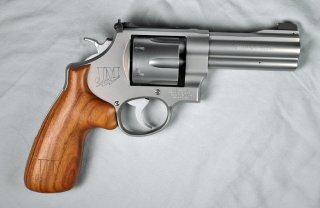 Here's What You Need To Remember: A handgun is a dangerous weapon designed to kill people. That said, it is also merely a tool, and there are some situations in which it is the only tool that can effectively respond to a dangerous situation. One of the most valuable skills a handgun owner can possess is the ability to think clearly in a stressful situation and refrain from using force.