Should Biden Cancel Student Debt? Over 1 Million Americans Say So 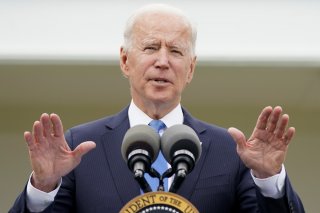 Here's What You Need to Remember: The most frequent arguments against student debt cancellation include that it’s unfair to those who previously paid their student loan debts and that doing so would represent aid for college graduates, who are usually not the poorest American

In another case of a petition calling for specific government action drawing huge popularity, a change.org call for cancellation of student debt by the president has crossed 1 million signatures.

“We call on President Biden cancel all federally owned loans by executive order, and replace this failed lending system with a less expensive, more state-friendly funding model for higher education,” the petition says. “We also call on both the President and Congress to return standard bankruptcy protections to ALL student loans, by executive order and through legislation.”

The petition also argues that taking that course of action would serve to stimulate the economy, by putting money in Americans’ pockets.

The petition was first created by Alan Collinge, founder of the site StudentLoanJustice.org, and author of a book called “The Student Loan Scam.”

A different letter to the White House, back in April, called on Biden to cancel student debt via executive action. That letter was signed by more than 400 organizations, including Americans for Financial Reform, the Center for Responsible Lending, the National Consumer Law Center, Student Borrower Protection Center, Student Debt Crisis, and Young Invincibles.

“There is growing energy and strong bipartisan public support for immediate broad-based debt cancellation. Such executive action is one of the few available tools that could immediately provide a boost to upwards of 44 million borrowers and the economy,” the April letter said.

The most frequent arguments against student debt cancellation include that it’s unfair to those who previously paid their student loan debts and that doing so would represent aid for college graduates, who are usually not the poorest Americans.