Should Taiwan Have Built Nuclear Weapons to Deter China? 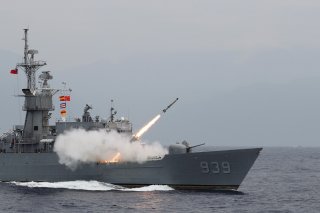 Here's What You Need to Remember: This could have been used to threaten Beijing directly, trading the destruction of one government for another, and would have been a more useful deterrent. Still, the 1,800-mile distance it would take to deliver a nuke on Beijing was at the time as insurmountable as the Taiwan Strait itself.