Should the U.S. Government Own America’s 5G Network? 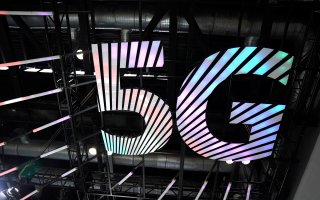 The Department of Defense (DoD) recently issued a Request for Information (RFI) exploring the creation of a government-owned and operated 5G network, tapping its mid-band spectrum currently used for naval operations. While there is a new national imperative for this prime 5G spectrum—to provide 5G networking and communications to the entire country—there is nothing good (and much bad) that would come from the government owning America’s 5G network.

The U.S. government has been auctioning off spectrum since 1994 to the private sector. From this, our nation has built the most enviable communication and data system in the world, offering cell service, streaming, and virtually free long-distance calling, including overseas. Why mess with success?

Rather than the government taking over 5G as a monopoly, the spectrum band should be auctioned off to private enterprise, to companies or consortiums that are already building a nationwide 5G network on the foundation of the finest 4G and 3G networks in the world. Competition between private sector providers has been the very essence of our democracy and capitalistic system for more than 200 years.

As the chairman of the U.S. House of Representative Committee on Energy and Commerce, Frank Pallone, and Communications and Technology Subcommittee Chairman, Mike Doyle, recently articulated in a joint statement, “The Department of Defense’s RFI on the creation of a government-owned and operated 5G network will do nothing but slow the deployment of this critical technology.”

Turning to the government for a nationalized 5G solution would indeed delay its deployment, putting America behind in the global competition for leadership in next-generation networks. Nationalization of 5G—government ownership and control of a single fifth-generation (5G) wireless network—is the approach being taken by the People’s Republic of China. Why would the United States, which led the world in 3G and 4G, suddenly start following their lead? As Senator Ted Cruz said, “We didn't gain our global lead in 3G and maintain our global first place position into 4G by turning to the federal government for a nationalized solution.”

U.S. wireless companies have been pushing toward 5G for years, and they are already rolling out 5G networks using a deeply experienced workforce, which numbered more than an estimated 1.4 million workers in 2019.  And with more than $100 billion in private capital invested in the past few years alone, the U.S. is poised to be the largest country with three nationwide 5G networks, with the fastest 5G speeds.

Perhaps the greatest concern with a government-owned, nationwide 5G network is security. The deployment of 5G for military and commercial uses within the same frequency spectrum bands would mean cyberattacks could interfere with critical defense operations, in addition to commercial capabilities needed by Americans. In short, relying on a single nationalized 5G network would paint a bullseye on America's wireless communications infrastructure, multiplying the impact of cyberattacks. Instead, we should allow the private sector to build multiple, distributed 5G networks that continually evolve due to competitive pressure and give Americans more choices. Just as diversification reduces risk in investing, so too should risk to U.S. infrastructure be mitigated by constructing multiple networks, so a single hit cannot wipe out America's 5G.

The idea of nationalizing the 5G network to ensure it’s secure is also ill informed because the government would need to rely on the same equipment suppliers as the private sector. To safeguard the network supply chain, the U.S. government has already banned Chinese companies from providing 5G equipment, and it is insisting that every supplier support network component interoperability avoid a modern-day repeat of the 19th century railroad robber barons, who built their tracks to different gauges to stifle competition. Interoperability invites scrutiny of the various technology components by multiple third parties, helping to preclude vulnerabilities. The U.S. government can also continue to collaborate with the private sector to secure 5G; it doesn’t need to own and control it to secure it.

Amidst a period of partisan politics, progressives and conservatives are coming together to find the best solution for highly secure 5G, and they share the understanding that a critical part of the nation’s future is hanging in the balance. Perhaps the strongest example of this is that, recently, all five Federal Communications Commission (FCC) commissioners—three Republicans and two Democrats—were united in opposing “a nationalized 5G network” at a recent Congressional hearing.

Proposals for nationalized 5G have been repeatedly dismantled; it is time to stop the constant attempt to fix what’s not broken. The DoD should allow the FCC to auction off the surplus spectrum, just as they have done for decades, to ensure that the finest privately-built-and-led network and communications system in the world for the past quarter-century will continue for the next one.