Should the U.S. Military Adopt These 5 Chinese Weapon Systems? 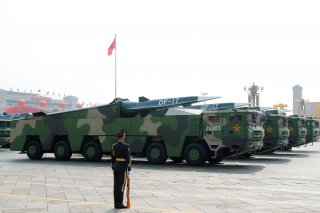 Here's What You Need To Remember: If we want to talk about Chinese weapons for the American military, we have to think about holes in current American capabilities.

This article first appeared in 2016 and is being reprinted due to reader interest.