Should the U.S. Navy Double Down on the Hypersonic Missile Race? 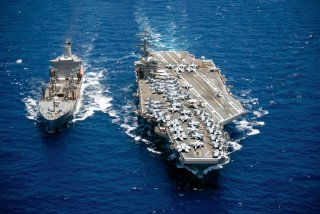 Here's What You Need To Remember: In rushing to be first, China could end up fielding an unreliable weapon, one U.S. official has claimed. In July 2018, Griffin asserted that despite rivals’ progress the United States remained the world leader in hypersonic-weapons research.

David Axe served as Defense Editor of the National Interest. He is the author of the graphic novels War Fix, War Is Boring and Machete Squad. This article first appeared in October 2019.