In a Showdown Between a Tank and a Missile Who Wins? Russia's T-14 or the American TOW Missile? 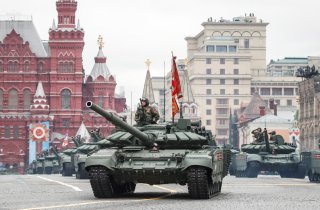 Here's What You Need to Know: In the end, the T-14 appears to boast some decent defenses against the TOW, particularly the TOW-2A, but how well they will work in combat is a question even the American and Russian manufacturers can only guess at. As is always the case in matchmaking, you can theorize all you want, but only a real close encounter will reveal the truth.