The SIG P210 Pistol: The Most Accurate Gun in the World? 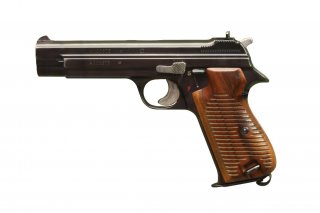 Here's What You Need to Remember: Produced by four different companies: the original SIG, Swiss Arms, SIG Sauer GmbH, and SIG Sauer Inc, the pistol remains one of the most accurate in the world today.